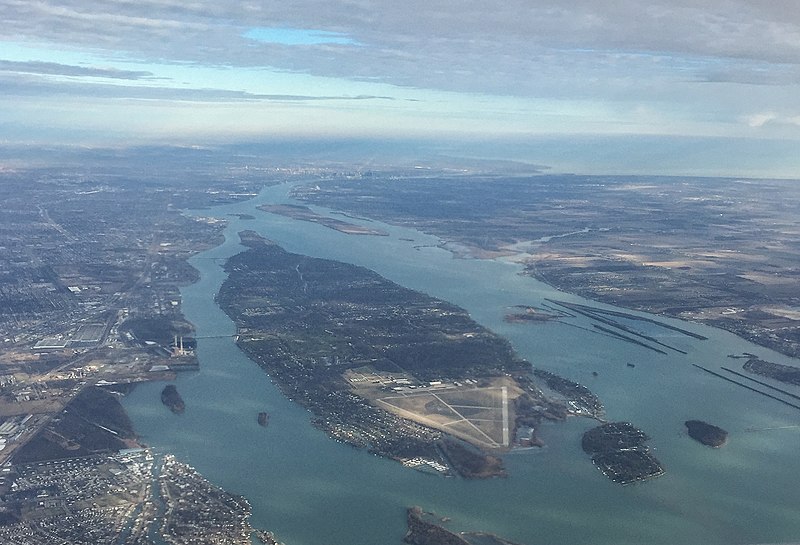 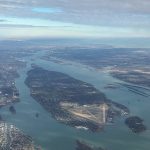 Welcome to Island Living! Grosse Ile Township is made up of twelve islands, with Grosse Ile being the largest. Off the island, Grosse Ile’s closest neighbors are Wyandotte, Southgate, Trenton, and Gibraltar. The two ways off the island are over the two iconic bridges: the Grosse Ile Toll Bridge and the Wayne County Bridge.

Three flags have flown over Grosse Ile since the late 17th Century: France, England, and the United States. Early French explorers named the island la grosse île—the “big island” in French. The largest island on the Detroit River, Grosse Ile shows its older roots with everything from their 180 year-old homes to the Grosse Ile Historic District.

At about 18 miles in size, the island is home to around 11,000 residents, according to the 2010 United States Census. A close-knit community, Grosse Ile is home to marinas, the Grosse Ile Soccer Association, skating rinks and a plethora of social clubs. The island is also home to the newly-revived Islanders II, Downriver’s oldest theatre club. Founded in 1925, it is one of the oldest civil theatre groups in the state of Michigan.

The relationship between recreation and the environment is important to Grosse Ile. With the community’s Open Space Program, Grosse Ile acquired 601 acres of environmentally-sensitive land to preserve the environment and slow the pace of development. With miles of biking and hiking trails, parks, a Wildlife Sanctuary and more, residents are encouraged to take nothing but pictures and leave nothing but footprints. Residents can also expect other fun recreational activities, like boating or taking part in one of the hundreds of recreation activities and events that Grosse Ile provides.

On the island, families are served by the four Grosse Ile Township Schools. In 2001, Grosse Ile was ranked the highest out of the 88 school districts in Michigan by the Detroit News. With a low crime rate and its strong school system, Grosse Ile earned its place among the top 100 places to live, according to Money Magazine.

Islandfest is the biggest event of the summer. Held at the historic Grosse Ile Municipal Airport, the festival is a great example of the Grosse Ile community. Having fun while keeping a tie to their historic and environmental roots, Grosse Ile is where the river ends and the fun begins.